I've been working in the Ardeonaig kitchen now for about a week. I took advantage of a day off yesterday, taking a wee trip to the local village, Killin, to have a look around and see what culinary offerings my new surroundings have to offer...

***
Killin, like most rural Scottish villages, seems to rely heavily on tourism for its income. To this end there are a plethora of little B&Bs, hotels, and all of these have catering facilities or an attached restaurant (indeed one such establishment was proudly proclaiming that it sold Mackie's ice cream within. If you haven't tried it, do - second only to Nardini's in Largs or Soave's in Baillieston). 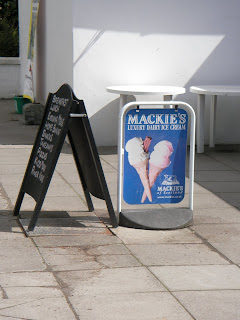 But I was looking for stand alone food places - just a restaurant, just a cafe. That type of thing.

The only restaurant worth mentioning (and it barely is...) is Shutters in the village centre. 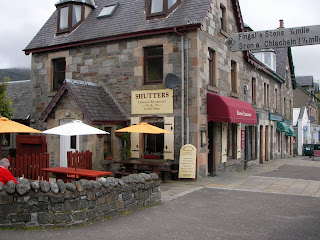 The only reason I call it a restaurant is because that is what they have deemed to title the place, though it really is no more than a glorified (and expensive!) cafe. While I'm sure that the food is probably fine (though the prices were enough to keep me out), and the staff are more than likely wonderfully friendly (as are all the Killin folk I've spoken to), it really is going too far to label Shutters as a restaurant.

There are a couple of little cafes or bakeries, but the one that caught my eye was The Wee Bake Shop, a tin building near the top of the village. The place really was a testament to just what can be done with a pie. 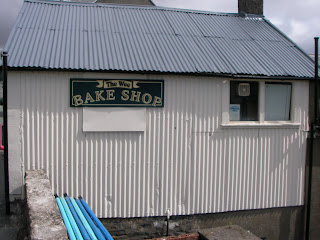 From macaroni filling to the traditional Scotch pie and everything in between! I went for a thoroughly delicious steak and haggis pie and a can of Irn-Bru, naturally. The steak seemed to be decent quality meat and the haggis was fantastic. 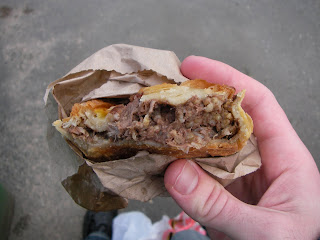 They also had a range of other traditional baked goods like Bridies, as well as a few other wee bits and pieces. A great wee place - and cheap! - that I'm sure will become a fixture in my future visits to Killin.

There is also a little fishmonger and fruiterer which is a fantastic find, and I'm sure I'll be putting it to good use in the near future. 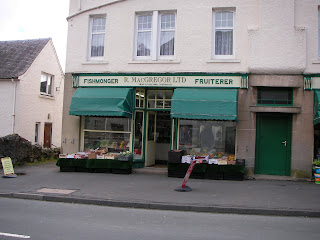 One other little gem I wanted to share was an interesting fish and chip vendor at the bottom end of the village. Make of it what you will... 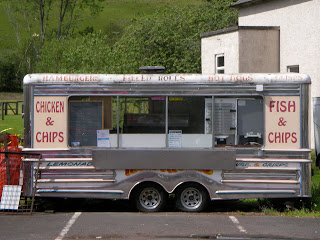 Curious, eh? I've yet to see it open, but it doesn't look particularly disused. Maybe I'll try it out one day.

As I've mentioned already, Killin is a rural village and very tiny. And with most shops given over to tourism, the other 'real' shops all become general stores - selling a bit of everything! This can certainly be advantageous. I popped into the fine arts shop which doubles as a used book shop (of course) and managed to pick up a copy of Raymond Blanc's "Cooking For Friends" for fifty pence. 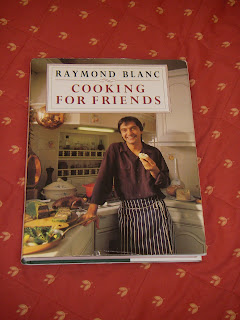 He looks rather younger on the cover here than he does today. What a purchase to end my trip to Killin on! Maybe it won't be so bad here...