Well, we had a few friends coming round last night, and I had been particularly bored the evening before. To alleviate my boredom, and to give everyone something to chew on when they came round, I decided to make a batch of 'dead man's bones'.

This is a recipe I came across in a Maltese cookbook I picked up while on honeymoon in Malta. It is a traditional recipe baked on All Souls' Day (2nd November), and is to commemorate the 'faithful departed'. The BBC have put together a pretty good article on All Saints' and All Souls' Day here. 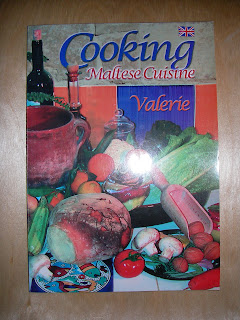 On to the recipe then and what you will need. It is a spectacularly simple cake to make, and requires only a few ingredients (for a batch of 12 -14): 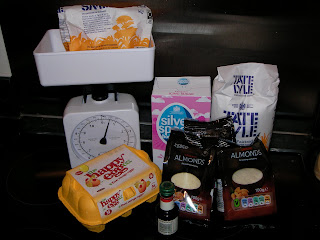 The first thing to do is to take your four egg whites, put them into a sizeable bowl and beat them until very stiff. The size should also have increased an awful lot. 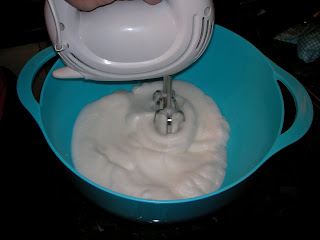 With the eggs beaten, start to fold the sugar, almonds and vanilla essence into the mixture until you have a very thick, grainy looking dough. It should all stick together in one big ball. 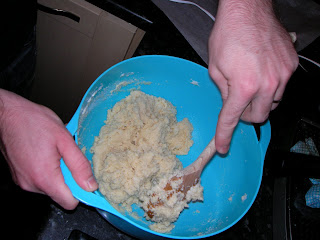 Once the dough is formed, line a baking tray with grease proof paper and start to shape the cakes. Traditionally, these are supposed to be in the shape of bones (hence the name), but this is rather trickier than you'd think, and so instead I made quinelles. Badly. 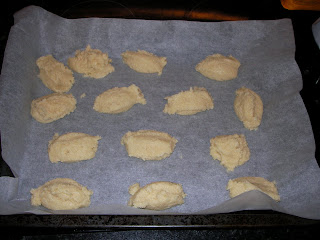 Stick them in a preheated oven at about 190°C for 20-25 minutes. They should start to brown pretty nicely. They will expand a fair bit too, so best to leave some space between them on the tray. 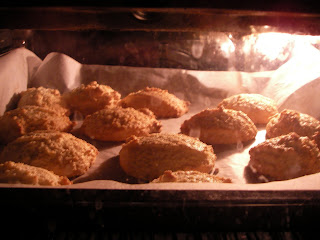 Once baked, allow the cakes to cool on the tray for maybe half an hour or so. Once cooled, remove from the tray and place on a plate. Once cooled thoroughly, cover and leave to stand for a couple of hours (or overnight). 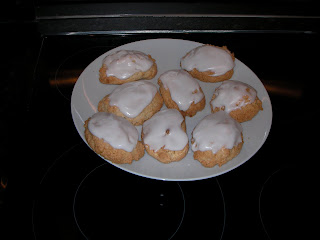 The next day (or some hours later...), take the icing sugar and start to slowly add the water to it, bit by bit, stirring all the time. To get a good glaze, the icing should cover the back of a metal spoon and not run off. Coat the cakes, allow to set, and serve!

This is such a quick, simple recipe and it tastes divine. The cakes come out rather like macaroons, and actually, if you replaced the almond with coconut I would think they would be almost identical. These are a little gooier in the middle though with a crisp outside.

- It is my third anniversary tomorrow and I have given Claire free reign to choose a three course menu of her choice to celebrate. She has plumped for chicken goujon salad with a sweet chilli dressing, followed by a sweet potato halloumi bake and a raspberry roulade to finish. I will of course be documenting the whole venture, whether success or failure, so stay tuned!